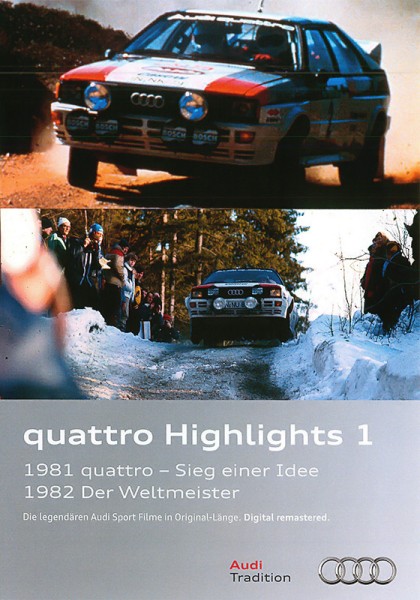 This DVD contains the films "Sieg einer Idee" (short version) from 1981 and "Der Weltmeister" from 1982. Both are fascinating reviews on the WRC in the Group B era.