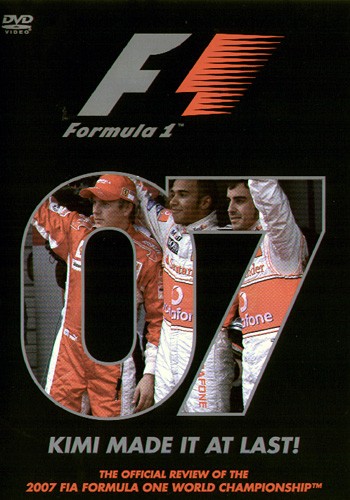 Description Evaluations 0
Description
It has been one of the most sensational seasons in Formula One history, and the Official review... more
Close menu
Formula One 2007 Review DVD

It has been one of the most sensational seasons in Formula One history, and the Official review will let you relive the drama again and again. This is the complete story of the British rookie Lewis Hamilton's staggering debut season, as he shocked the world with stunning performances and amazing maturity. Few thought the youngster would prove a threat to his two - times World Champion teammate Fernando Alonso in his first season, but Lewis ripped up the formbook and emerged as the star of the season. This is a comprehensive look back at the dramatic '07 championship chase, with coverage from every single round of the down-to-the-wire battle for the crown. Unseen footage and interviews bring you all the on-track action, and takes you behind-the-scenes of an exceptional - and controversial - season.