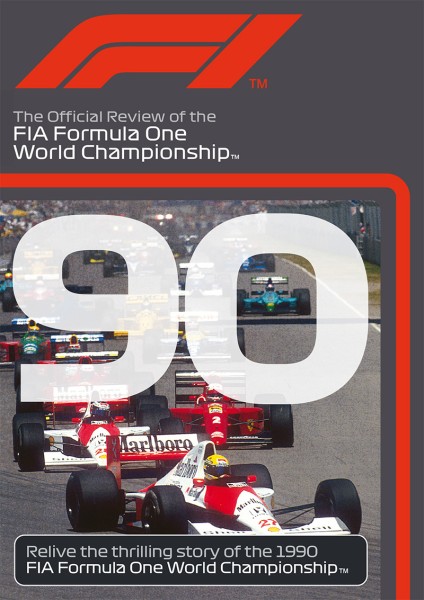 Senna opened his account for McLaren Honda in a thrilling season opener at the street circuit Phoenix, Arizona. Wet qualifying threw the expected grid into disorder and put Senna in fifth place, the fight back to the lead set the scene for the season.

All season the pendulum swung back and forth as each of the great teams found small advantages for their star drivers.

As the teams headed to the Far East with everything still to play for, the Japanese Grand Prix became the most important, and most controversial, of the season.
PLEASE NOTE: As these are the original, unedited, complete official reviews the quality does not quite come up to modern standards. However, every endeavour has been made to ensure the latest digital transfer makes the most of what was available on the tapes.