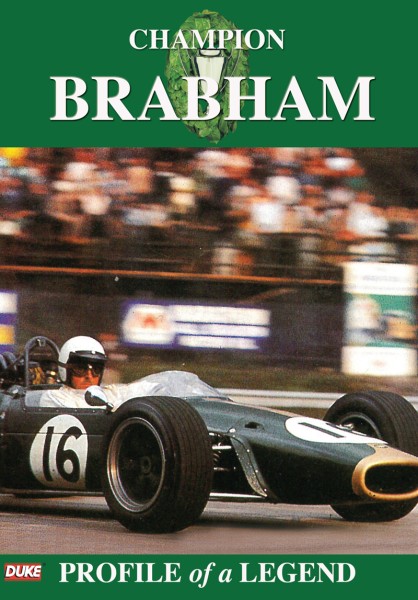 This product is currently not available.
Please inform me as soon as the product is available again.
14.90€ *

The tough Australian arrived in Europe in 1955 having cut his teeth on the midget car scene back home, determined to make a mark on the illustrious world of Grand Prix racing.

He went on to spearhead Cooper’s rear-engined revolution in Formula 1, winning back-to-back world titles in the diminutive climax engine beauties against the might of Ferrari.

His third World Championship came in 1966, driving a car he’d designed and constructed himself - a unique feat in F1 racing to this day.

This is Brabham’s story, told in his own words and those of his close contemporaries and rivals such as Roy Salvadori, Stirling Moss and John Cooper of Cooper cars fame.

The fascinating interviews are woven together with stunning archive footage covering every step of a brilliant, yet often overlooked, career.