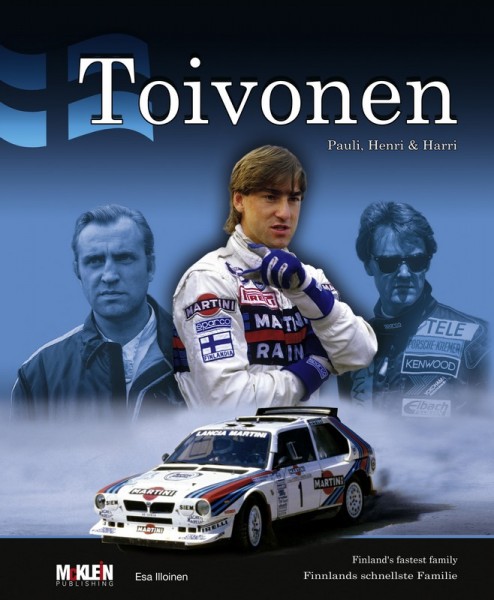 This book tells the fascinating story of the Toivonen family in rallying and racing. It starts with father Pauli's heroic drives in the 1950s and 1960s, including winning the European Rally title of 1968 at the wheel of a Porsche 911. It moves on to include the first exploits of the next generation on frozen lakes right up to the contrasting careers and fortunes of Henri and brother Harri in motor sport. Author Esa Illoinen immersed himself deeply in the Toivonen family history and spoke to innumerable friends and witnesses of those days. Amongst them were with Pauli's widow, Ulla, Henri's widow, Erja, and even Henri's 95-year old English teacher. The result is an intimate and touching portrait of Finland's fastest family, wonderfully illustrated by the best images from the inexhaustible McKlein archive.