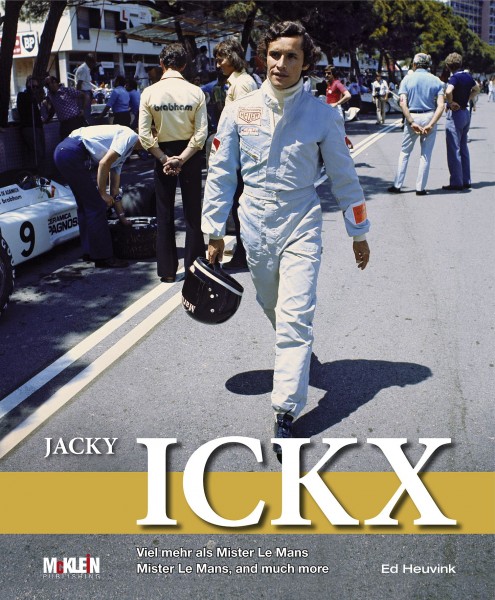 This comprehensive account of the career of Jacky Ickx takes us from his first races with Ford Lotus Cortinas and Mustangs through to his Formula One career where he drove, among others, for Ferrari, Brabham and Lotus. It covers his amazing record of six outright wins at the Le Mans 24 Hours - hence the nickname of 'Mister Le Mans' - and many other endurance sports car races with Ford and Porsche. Finally, it deals with his success with Mercedes, Porsche, Peugeot and Citroën on desert events like Paris-Dakar.

The 256-page book also features over 200 photographs of Ickx’s career from the McKlein archive, the majority of which have not previously been published. There is also testimony from many of his contemporaries - including team-mate Mario Andretti - to the ability of this Belgian star.