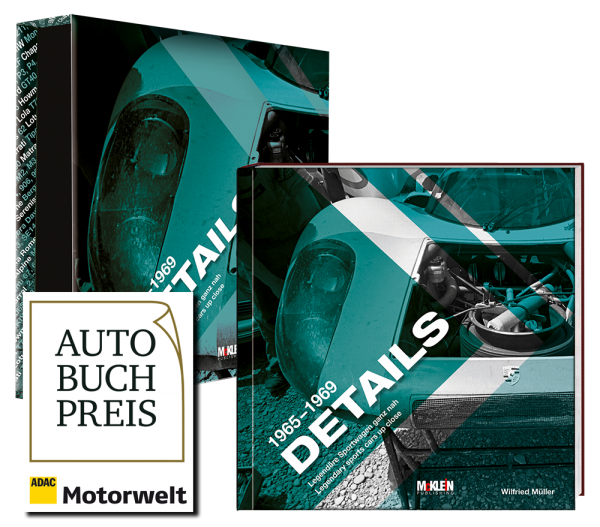 Ferrari 330P4, Ford GT40, Chaparral 2D, Porsche 917, Mirage M1, BMW Monti, Abarth, Alpine, Lola, Maserati, Matra, Serenissima - every one of these sports cars and prototypes is a legend today. In the Sixties, they epitomised the frontier of what was technically possible - and what at times proved not to be possible. In the quest for critical tenths of a second, engine power grew to unimagined levels while aerodynamics became the catchword with engineers inventing some formidable tricks in the wind tunnels. At the same time, tubular chassis, monocoques, bodywork and even brake discs were being created from increasingly exotic materials.

The mission was to win the World and European Championships that included famous races like Le Mans and Daytona plus other racing classics at Monza, Spa and the Nürburgring as well as in mountain hill-climbs.

This book delves into the details of sixty exceptional race cars of the period that tackled the World Sports Car Championship and the explosive sprints of the European Hill Climb Championship between 1965 and 1969. From the Abarth OT Sport Spider to the Porsche 917, they all reveal their stories embellished by ca. 350 by now largely unpublished photos. “Details - Legendary sports cars up close” is a declaration of love for these automotive treasures and their extreme technologies that is revealed by taking a very close look under their exotic bodies.