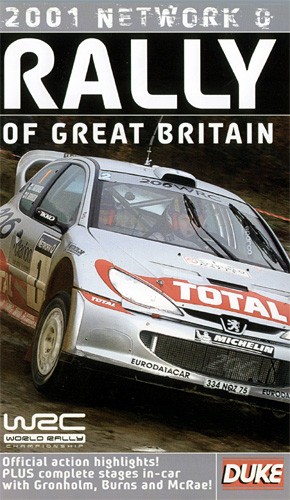 The WRC finale in Cardiff 2001 offered lots of thrilling action, as Colin McRae, Tommi Makinen and Richard Burns fought for the World Championship title. Only a few points adrift, even Carlos Sainz had the mathematical chance of becoming the world champion. The contenders roared into the Welsh forests in a gladiatorical charge of mud and thunder. This review features highlights, interviews and information alongside with stunning in-car camera footage with Marcus Gronholm, Colin McRae and Richard Burns.