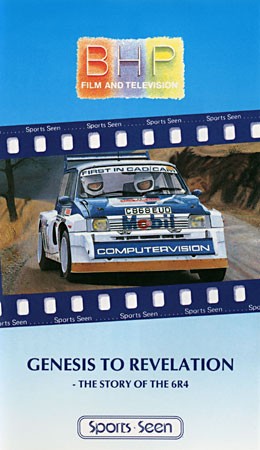 Description Evaluations 0
Description
A look at the competition history of the Metro 6R4 from its design stages right through to the... more
Close menu
Genesis To Revelation VHS

A look at the competition history of the Metro 6R4 from its design stages right through to the last World Championship Rally of the Austin Rover team - the 1986 RAC. We see the car's early outings including its World Championship debut and then follow the fortunes of the works drivers, Tony Pond and Malcolm Wilson, throughout the 1986 season as well as looking at the car's successes in the British Open Championship.