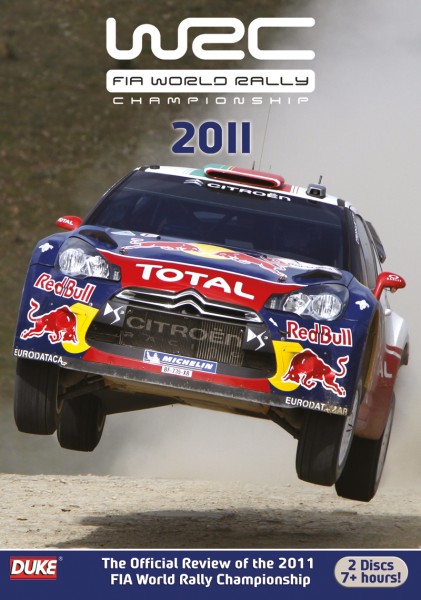 The season had started with Loeb and Ogier trading blows, until the seven-times World Champion started to pull away. That all turned on its head in France, when a retirement for Loeb, victory for Ogier and a fortunate podium for Finland's Hirvonen left the trio spilt by just three points, and everything to play for.

Once again, our Official Review of the WRC season will bring you comprehensive, action-packed coverage from every round, with plenty of in-car footage, interviews and special features to take you right inside the story of one of the most nail-biting Championship chases of recent years. It is drama and action all the way as we discover whether the all-conquering Loeb has finally met his match.

The amazing championship battle isn't the only excitement - watch out for MINI, with driver's Dani Sordo and Chris Meeke, becoming a genuine contender for victory and the heroics of Petter Solberg against the major teams. The Official Review is your complete guide to one of the greatest WRC seasons yet.