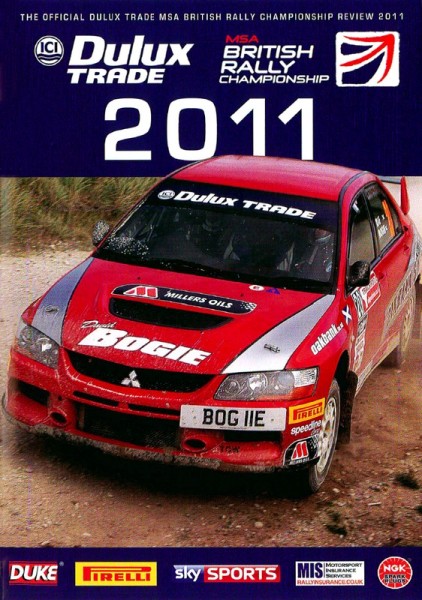 Two of the rising stars of British rallying quickly emerged as title favourites, and they put on a scintillating championship fight right down to the very last day. David Bogie, the two-time Scottish Rally Champion, and co-driver Kevin Rae performed superbly in the Mistsubishi Lancer to take the upper hand as the season unfolded, but they were under pressure all the way from the Subaru Impreza of Elfyn Evans and co-driver Andrew Edwards.

And it was real pressure for Scotland's Bogie, Evans went into the season as the reigning Junior BRC king, the 2010 Pirelli Star Driver and winner of all seven rounds of the 2010 Fiesta Sporting Trophy - beating him was not going to be easy.

The tension-packed title battle took an unexpected twist with the late cancellation of Rally Isle of Man - making the Yorkshire Rally a nail-biting showdown for the championship.

As ever, the Official Review is packed with the very best footage from every rally as we follow the action-packed 6-round chase for the title. The highlights from every round include interviews and plenty of jaw-dropping in-car coverage, plus the DVD will include bonus features.