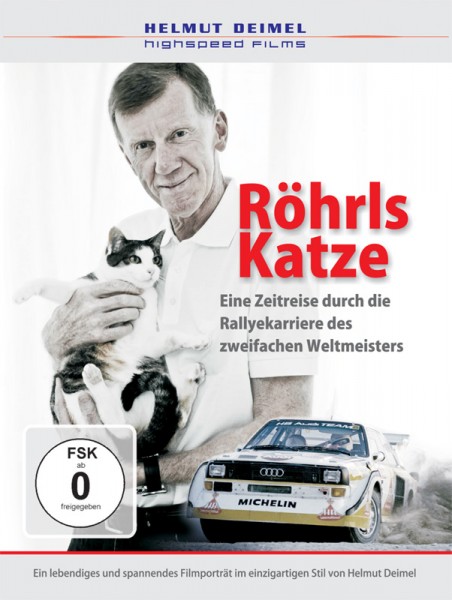 No, this is not a film for pet lovers, but for the fans of one of the most successful rally drivers ever, Walter Röhrl, who still fascinates rally lovers more than 25 years after his first world title. Today his cat "Lisa", his wife Monika, and the world of Porsche are his main preoccupations, but once his life was centred on the special stages of the world . This film looks back on the career of the double World Champion, stretching from his incredible performance at the 1972 Olympia Rally, to his last WRC-rally in 1987. The Austrian film maker, Helmut Deimel, highlights the successful athlete, but also the man behind the rally driver. His four wins in Monte-Carlo, his love-hate relationship with Africa and his very special relationship with Italy and the Tifosi. Deimel has searched for the best sequences in all the nooks and crannies of his extensive film archive, and, along with the legendary shots of the German driver, he has found a lot of other unpublished material that he could use. Moreover, he has also recreated some of the most dramatic and funniest moments of Röhrl's career, like his unexpected encounter with a Matatu minibus in Kenya, or his crash into a Ligurian farm during the Sanremo Rally. The result is a vivid and exciting portrait in the inimitable style of Helmut Deimel.

A second DVD contains almost one hour of bonus material including a Röhrl interview, unseen historic onboard footage from Walter in the Audi Sport Quattro S1, sequences filmed from the helicopter at the Rally New Zealand 1984 and Semperit Rally 1985 as well as an making of this film.