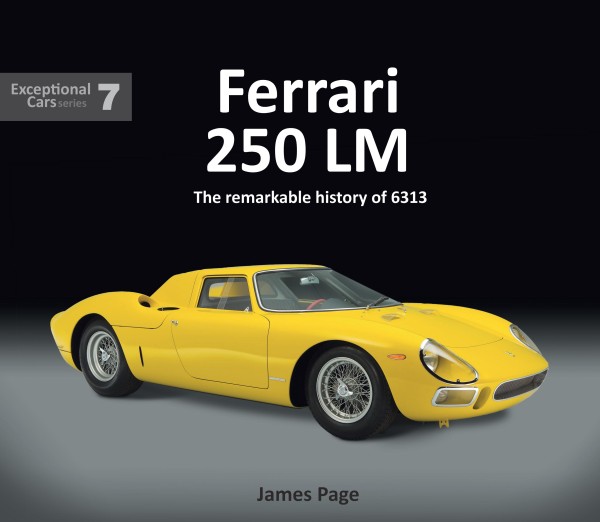 Key content
- Ecurie Francorchamps, which fielded its cars in bright yellow Belgian racing colours, was one of the most loyal and successful private Ferrari teams. 6313 was its third 250 LM and one of the last to be built.
- It was driven at Le Mans in 1965 by Pierre Dumay and Gustave Gosselin, and led the race through Saturday night and Sunday morning, only to suffer a tyre blow-out with less than three hours to the finish, allowing the NART 250 LM of Jochen Rindt and Masten Gregory to take victory.
- For many years the identity of 6313 was confused with its team-mate 6023. Detective work by Ferrari specialist Keith Bluemel, consultant on this book, clarified the situation. This book unravels the mystery.
- Author James Page covers the genesis of the 250 LM and its development, its technical details and specification, and the ongoing row about its homologation as a GT car.
- The racing career of 6313 is recalled in detail and all of its drivers in 1965 are profiled.
- The book is profusely illustrated with period photographs and documents, and a gallery of studio photographs of the car as it is today.

Information on the authenticity of customer reviews can be found here.
From: Thomas Nehlert On: 12 Aug 2019