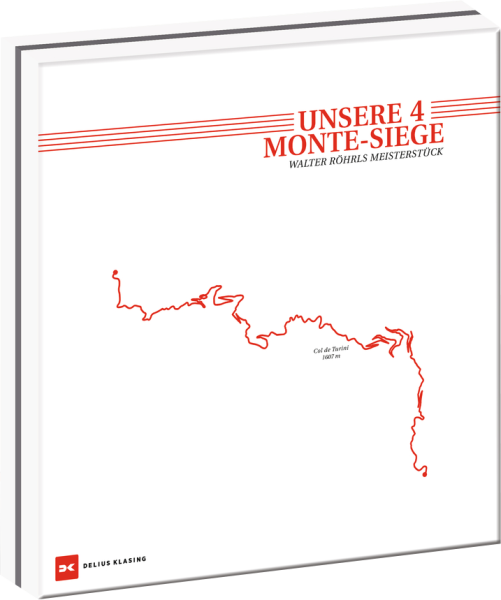 40 years after their first victory Röhrl and Geistdörfer took a trip into the past and took part in the Monte Carlo Historique Rally 2020, this time in a Porsche 911 SC.

Content of the book
- Röhrl and Geistdörfer share their memories of 40 years of the Rally Monte Carlo.
- Exclusive insights into a piece of sports history: numerous new and historical photos of the legendary event
- Fascinating texts written by top journalists in motorsport
- This book is the only publication authorised by Röhrl und Geistdörfer on the subject
Related links to "Unsere 4 Monte-Siege - Special Edition"
Evaluations 0
Read, write and discuss reviews... more
Close menu
"Unsere 4 Monte-Siege - Special Edition"