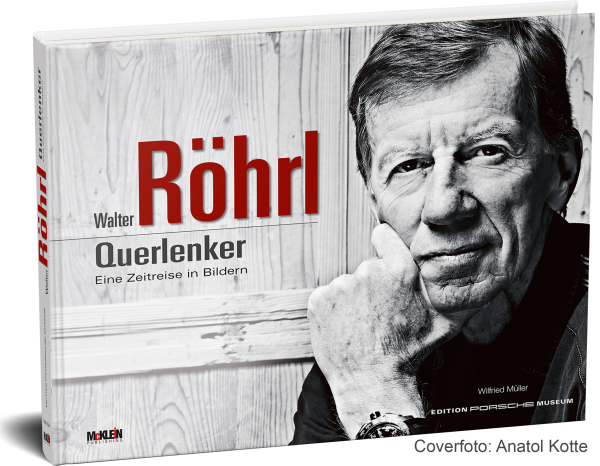 On the occasion of his 70th birthday, this book reviews his career and gives an inside look at his cooperation with Porsche. In an extensive pictorial part of the book there is an A-to-Z of the cars he has driven, places he loves, things he remembers and a lot more.

Walter Röhrl himself was involved in the project to create this book and more than 300 - mainly unseen - high-quality images illustrate his career.

Cover photo: Anatol Kotte
Pictures and illustrations: ca. 254 in colour and 42 in black-and-white